Share a memory
Obituary & Services
Tribute Wall
Read more about the life story of Sister Margaret and share your memory.

Entered the Sisters of the Holy Cross from Mount Holly, New Jersey, on September 9, 1965

Margaret Mary “Margie” Lavonis, was born on October 8, 1947, in Philadelphia, Pennsylvania. Her father, William John Lavonis, was a maintenance worker and in the US Army for 20 years, retiring as a sergeant. He met her mother, Rose Rita (Pinto) Lavonis, at a USO dance during the Second World War. Margie had an older sister, Rosalie, and a younger brother, William. After attending Sacred Heart School in Mount Holly, New Jersey, Margie met the Sisters of the Holy Cross at Holy Cross High School in Riverside, New Jersey. The sisters recognized her outgoing and amiable personality, and believed that she might have a vocation to the religious life. They were correct, as Margie later discerned that she had a “firm desire to dedicate my whole life to God.”

On September 9, 1965, a few months after graduating high school, Margie entered the Sisters of the Holy Cross in Notre Dame, Indiana. Upon reception of the holy habit, she became Sister M. Rose William, a name honoring both her parents. She returned to using her baptismal name a few years later. Family, friends, and the Holy Cross sisters then knew her as “Sister Margie.”

From 1968 to 1975, Sister Margie taught grades three through eight in Catholic schools in Washington, D.C.; Garrett Park, Maryland; and Riverdale, Maryland. She was especially good with junior high students, and often taught social studies and religion. In 1971, Sister Margie received her bachelor’s degree in history from Dunbarton College of Holy Cross in Washington, D.C. She then earned her master’s degree in religious education from Boston College in Chestnut Hill, Massachusetts, in 1978.

After seven years of elementary education, Sister Margie’s ministry took several turns between 1975 and 1988. For five years, she was the coordinator of liturgy and religious education for Blessed Sacrament Parish in Alexandria, Virginia. She also served as the Eastern Vocation Director for the Congregation for six years, and as the Vice President of Mission and Philosophy for Mount Carmel Health in Columbus, Ohio, for four years. Her colleagues enjoyed working with her. Sister Margie was an extrovert with a personality that was enthusiastic and creative. No matter her ministry, Sister had the ability to work effectively with people, while communicating her own faith in God.  A sabbatical experience helped her develop a more contemplative and reflective spirit.

Sister Margie joked a lot to set people at ease, and then she listened. Such a gift proved invaluable when she was involved in outreach to Catholic students on college campuses from 1990 to 2005. During her time as the Eastern Vocation Director, she was the campus minister at Mount Carmel School of Nursing, in Columbus, Ohio. Later, she was campus minister at University of Michigan, Ann Arbor, Michigan; Indiana University South Bend, South Bend, Indiana; Bethel College, Mishawaka, Indiana; and Goshen College, Goshen, Indiana.

Aside from her primary ministries, Sister Margie was versed in scripture study, spiritual and faith development, liturgy, and justice education. She had compassion for disadvantaged youth and was comfortable with anyone she could engage in conversation. She had so many friends, she once said, it would be difficult to list them all.

One of Sister Margie’s lifelong passions was writing. Those who knew her wondered if she ever suffered from writer’s block, as she always seemed to be able to write a compelling article on any topic. From 2005 to 2017, Sister Margie wrote and edited articles for the Congregation Communications Department, Saint Mary’s, Notre Dame, Indiana. Among her credits were articles for diocesan newspapers and other periodicals, such as the Diocese of Fort Wayne-South Bend Today’s Catholic and The Observer. Many readers looked forward to reading her latest article of “The Cutting Edge,” a column for young adults that she wrote for Today’s Catholic from 2000 to 2013.

In 2017, Sister Margie retired from her ministry in communications due to chronic ill health. She was grateful for the prayers of strength and comfort from her loved ones during the last years of her life. Despite the physical challenges, Sister Margie’s strong will and zeal accounted for her ability to stay active in community life and maintain relationships. Those who knew her remember her contagious smile and love for people.

The evening of the third Sunday of Advent, Sister Margie took severely ill at Saint Mary’s Convent. She was admitted to Loyola University Medical Center, Maywood, Illinois, where she died a week later in the late afternoon of December 18, 2022, the fourth Sunday of Advent. Even though her local community was unable to be with her, her brother and a few Holy Cross sisters had accompanied her. They reported that Sister Margie, after a week’s struggle, slipped away and died peacefully.  Sister Margaret Mary Lavonis, died at 75 years old, having lived as a consecrated woman religious for 54 years. Her peers, who entered the Congregation with her, know she rests in God’s sweet embrace. One of her bandmates added, “Margie is probably sending us lots of love!”

Come, O mighty and gentle God! May our sister be welcomed to heaven’s light.

Sister Margie requested a Green Burial.  The Gathering to receive the body with Final Commendation will be Tuesday, December 20, 2022 in the Church of Our Lady of Loretto.  A memorial Mass for Sister will be held at a later date.  Please see the Sisters of the Holy Cross website for further details.  Kaniewski Funeral Homes is assisting.

To send flowers to the family or plant a tree in memory of Sister Margaret Mary Lavonis, C.S.C., please visit our floral store. 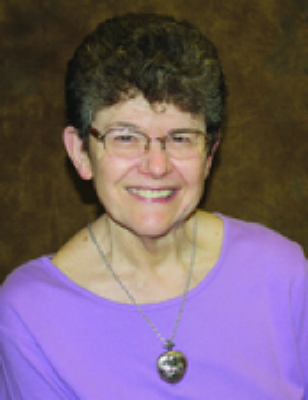 You can still show your support by sending flowers directly to the family, or by planting a memorial tree in the memory of Sister Margaret Mary Lavonis, C.S.C.
SHARE OBITUARY
© 2023 Kaniewski Funeral Homes, Inc.. All Rights Reserved. Funeral Home website by CFS & TA | Terms of Use | Privacy Policy | Accessibility