Entered the Sisters of the Holy Cross from Mineola, Long Island, New York, on July 6, 1946

Initial Profession of Vows on February 2, 1949

Elizabeth Ann Donnelly was born on August 4, 1927, in the hamlet of Baldwin, on Long Island, New York. She was the third of Anthony and Eleanor (Mack) Donnelly’s six children, and was affectionately called Betty by her family. Her parents deeply loved and cherished Betty and her siblings—Edward, Margaret, Anthony, Dorothy, and Thomas. Growing up with a loving family, Betty was a joyful child who treasured happiness. As a girl, she assumed everyone had “a heart bursting with joy or a family full of love.”  When Betty learned otherwise, she believed that her mission was to help people find similar happiness.

When Betty was in the seventh grade, the Donnelly family moved from Long Island, New York, to Manhattan. She attended Saint Paul the Apostle School and was taught by Sisters of the Holy Cross. The sisters inspired Betty. She thought they “had to be the happiest people in New York City” and wished to share that life. Her predilection for the things of the religious life and “well-balanced piety” assisted her in discerning her vocation to become a Holy Cross sister. Following her graduation from Cathedral High School, she entered the Sisters of the Holy Cross, Notre Dame, Indiana, on June 6, 1946. Upon reception of the holy habit, she received her religious name, Sister M. Leonora. She was named after her mother, as Leonora is a variation of Eleanor.

Throughout the first 23 years of Sister Leonora’s ministry, she was an elementary school teacher in Virginia, Washington, D.C., New York, and Maryland. In 1963, Sister Leonora graduated from Dunbarton College of Holy Cross with a bachelor’s degree in elementary education. Her inviting and loving spirit encouraged her students to be attentive in class and strive to do their best.

Sister Leonora’s teaching ministry took her abroad in 1964 to Bangladesh, where she taught hundreds of children at Holy Cross schools for 28 years. Sister Frances B. O’Connor, CSC, attests that “Leonora was a marvelous primary school teacher. Children were drawn to her as she was to them.”  She furthered her own education while she was missioned in Bangladesh, as she earned her master’s in education from the University of Dhaka in 1969. Her ministry in the country was not limited to teaching, as she frequently went to countryside villages to help those in need after monsoons.

The most fulfilling part of her ministry in Bangladesh, however, was helping find new homes for babies who were orphaned, either by the loss of one or both parents. Other children were abandoned due todire poverty or a natural catastrophe. Sister Leonora brought many young children and babies from Bangladesh to new families in France, England, Germany, the United States, and more. She adored helping children find families that would give them a childhood surrounded by love and happiness, and kept in contact with them over the years. Sister took particular pride in learning of their growth into adulthood, their achievements such as college graduations, careers, marriages, and raising of their own families.  Sister Leonora often referred to herself as a surrogate grandmother.

After returning from Bangladesh in 1992, Sister Leonora moved from teaching to a new ministry. Following her completion of a clinical pastoral program, she was missioned to Wynhoven Health Care Center in Marrero, Louisiana, and provided clinical pastoral services to residents and employees until 1997. This ministry continued with her role as chaplain for Our Lady of Holy Cross Care Center in San Pierre, Indiana, and then for Saint Joseph’s Care Center in South Bend, Indiana. As chaplain she visited residents and their families to provide counsel and support. In 2005, she transitioned to a ministry of prayer and presence, retiring to the motherhouse at Saint Mary’s, where she contributed to community life in a variety of daily duties, such as helping with the Stamp Ministry, a project collecting and selling canceled stamps as a way to raise funds for Holy Cross missions outside the United States.

Sister Leonora had several health challenges over the last few years, culminating in a recent hospitalization. When Sister Leonora died late afternoon at Saint Mary’s Convent on November 20, 2022, she was under hospice care. It was the Feast of Christ the King, the last Sunday of the liturgical year. Sister Leonora had been a consecrated religious for 73 years as a Sister of the Holy Cross. At age 95, the self-described “grandmother” of countless children, now finds eternal refuge and happiness herself. She trusted in God who leaves no one orphaned. (John 14:18)

Visitation begins at 9:30 a.m. on Thursday, December 1, in the Church of Our Lady of Loretto.  Prayers in the Presence of the Body with memento begins at 10:30 a.m., followed by the Mass of the Resurrection.  Please see the Sisters of the Holy Cross website for further details.  Kaniewski Funeral Homes is assisting with arrangements.

To send flowers to the family or plant a tree in memory of Sister M. Leonora, C.S.C. (Elizabeth Ann Donnelly), please visit our floral store. 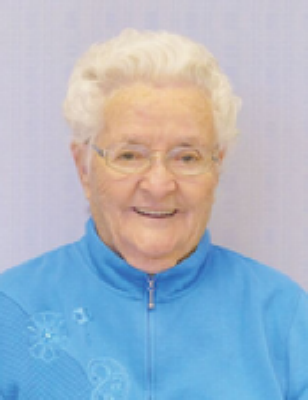 You can still show your support by sending flowers directly to the family, or by planting a memorial tree in the memory of Sister M. Leonora, C.S.C. (Elizabeth Ann Donnelly)
SHARE OBITUARY
© 2022 Kaniewski Funeral Homes, Inc.. All Rights Reserved. Funeral Home website by CFS & TA | Terms of Use | Privacy Policy | Accessibility