Share a memory
Obituary & Services
Tribute Wall
Read more about the life story of Erna H. and share your memory.

Erna Fleischman (Nicolay) has passed away at the age of 98 in Memorial Hospital of South Bend. She is survived by her sons Jeff (Patty) of Granger, IN and Gregory of Lemont, IL, and granddaughters, Erica (Doug) Briones of Granger, IN, Megan Monoceros of Warsaw, Poland, Amanda Fleischman of Luxembourg City, Luxembourg, Michelle (Corey) Frasier of Westfield, IN and Elise Fleischman of Kansas City, MO, 7 great grandchildren, and brother Helmut Nicolay, and numerous nieces and nephews.

She was predeceased by John, her husband of 52 years, and by her brothers Friedrich, Walter Heinz, Gunter, Ralf and Dieter, and sisters Anni Nicolay, Irma Heinfling, Ilse Nicolay, and Melita.

Erna was born on November 25, 1924 in Marienborn, Germany to Friedrich and Catherina (Palike) Nicolay and grew up there. She took an interest in science and worked as a metallurgical technician in a laboratory as a young adult until it was destroyed during World War II. After the war, while working at a local USO in Germany, she met future husband John, who was in the United States Army. They married in 1948, and Erna accompanied John on his return to the United States, settling in South Bend, John’s hometown. John’s father had a small farm just outside of town that John and Erna helped on, and she later held jobs as a seamstress at Lees and as a fashion model during the heyday of the downtown department store fashion shows in the early 1950s South Bend. She settled on domestic life with the birth of Jeffery in 1955, followed by Gregory 20 months later. She would return to the work force in the 1980s at International Bakers Services, Inc., working there well into the 1990s.

Erna became known for, among many things, her summer blow-out cookouts, and her baked goods that included the 1300+ cookies she baked annually in preparation for the holidays to be given to friends and neighbors. There was also Donut Night, a Fall tradition around Halloween, where friends of the family were invited to spend an evening drinking apple cider and eating the dozens of donuts, pumpkin cookies and other baked goods she made for the occasion.  These were just two of other memorable family traditions.

After John passed away in early 2001, Erna continued to tend to the house they had lived in for 46 years and kept up those traditions. That year, though, at the age of 76 she earned something that most of us take for granted—her driver’s license. In 2001, Jeff and Gregory began teaching their Mom to drive.  After months of practice and an injured tree, a bent stop sign and a few close calls, Erna passed her driver’s exam in November of that year and drove for another 14 years.

It seemed she would never lose the energy she invested in everything she did. But at 92, age finally caught up with Erna.  She moved out of her home of 61 years and into the home of Jeff and Patty, where she spent the remaining years of her life in comfort, enjoying the three generations of family who loved her.

Erna was a long-time parishioner of St. John the Baptist Catholic Church until her move to Granger.

To send flowers to the family or plant a tree in memory of Erna H. Fleischman,, please visit our floral store. 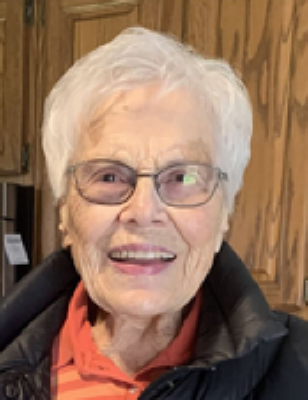 You can still show your support by sending flowers directly to the family, or by planting a memorial tree in the memory of Erna H. Fleischman,
SHARE OBITUARY
© 2023 Kaniewski Funeral Homes, Inc.. All Rights Reserved. Funeral Home website by CFS & TA | Terms of Use | Privacy Policy | Accessibility