Dr. Randolph J. “Randy” Klawiter, 90, of South Bend, passed away on Monday, July 19 in his home surrounded by his loving family and devoted caregivers. He was born on October 14, 1930, in Grand Rapids, MI, to the late William and Olga (Dressler) Klawiter. On August 28, 1954, he married Marilyn Haney, who preceded him in death on January 18, 2018. He was also preceded in death by his brother, David Klawiter.

During Randy’s early studies, while in Germany, he developed a life-long passion for the Austrian novelist, playwright, journalist and biographer Stefan Zweig. He had a collection of over 500 Zweig books, became an international expert, and a noted member of the Stefan Zweig society. Randy authored many books including text books that are still in use today. Over the last 12 years, Randy created an extensive online bibliography, housed by the Special Collections & Archives of the State University of New York in Fredonia. In doing so he collaborated with scores of individuals from all over the world who provided him necessary detail about books, articles, recordings and other media that is by or about Stefan Zweig, some of which are very rare with limited distribution. The Zweig Wiki (zweig.fredonia.edu) has become a fundamental tool for research to the Stefan Zweig international community.

During the early 1950’s he served under the US Army in the 172nd Military Intel Platoon. He received the Army Occupation Medal, National Defense Service Medal, and Good Conduct Medal while serving in Post-WWII Germany during the Korean Conflict. He was honorably discharged after serving his country for 8 years.

Randy and his wife were devout Catholics and active parishioners of the Sacred Heart Parish, Notre Dame. They both served on various committees, including the reconstruction and beautification of the Parish Center and Chapel, volunteering with the Center for the Homeless and St. Vincent DePaul Society. He spent many decades as a Eucharistic Minister and Lector. An hour before his passing, he listened to mass on tv and as mass concluded and the priest said “this mass has ended, go forth in Christ’s peace”, Randy took his last breath. He was truly faithful to the end.

Randy adored his wife and family, and looked forward to family gatherings. He always greeted everyone with a “hello little brother” or “beloved” and a great big hug. He loved to laugh, share stories while enjoying crackers n’ cheese and what he called his “little Manhattans”! He had a special fondness of animals especially his black labs. He spent his days swimming and working on his Zwieg bibliography until the very end.

On Wednesday, August 4, 2021, at the Sacred Heart Parish Center and Chapel, Notre Dame, IN, Visitation will be held during a reception in celebration of his life for family and friends from 10:00 a.m. to 12:00 p.m., with a Catholic Funeral Mass to follow at Noon. The gravesite burial is respectfully limited to immediate family.

In lieu of flowers, the family has asked for memorials in Randy’s honor be made to the Hospice Foundation, 501 Comfort Place, Mishawaka, IN 46545 - foundationforhospice.org/donate or to the St. Vincent DePaul Society 520 Cresent Avenue, South Bend, IN 46617 - www.svdpsb.org/monetary-donations 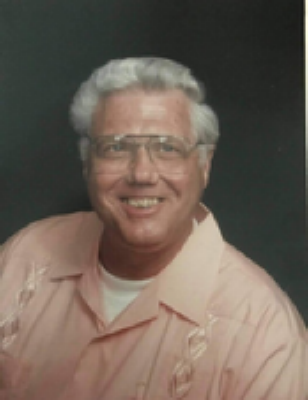